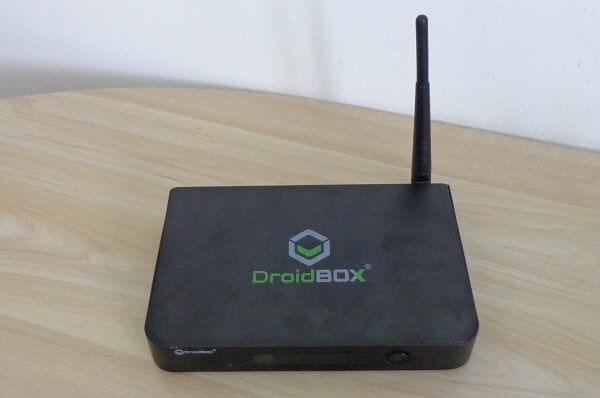 Television and how we watch it has gone through many significant changes over the decades. The Android box is one of the latest and greatest breakthroughs in this regard. What is an Android box? It’s a very simple idea, but one that has the potential to change how we watch television for several years to come.

What Is An Android Box Used For? 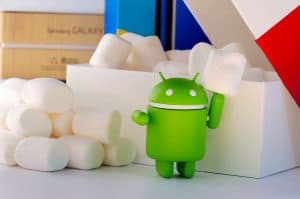 Chances are, you’re already familiar with the Android operating system. It is a variation of the Linux operating system that is extremely common on smartphones and tablets. Some of the best phones in the world run on Android. As a matter of fact, the only real competition that Android faces is from Apple’s iOS operating system.

An Android box is a device that runs an Android operating system and can be connected to your television. It can then be used to run any of your favorite streaming services, such as Hulu, Netflix, and Youtube. Some of these boxes also come with applications that will allow you to watch live streaming television. However, you will likely need to pay for cable services with a local provider to get all of your favorite channels.

Most customers who purchase an Android box aren’t worried about streaming live television. The box really shines when it comes to all of the various on-demand streaming services available. Why watch live TV with commercials when all of your favorite movies and shows are available in HD format without any interruptions? The Android box is helping us move past the age of live television and advertisements to an age of fully on-demand entertainment.

What Is An Android Box Called?

You might encounter Android boxes going by a variety of different names. For example, they are commonly referred to as streaming devices, streaming boxes, Android TVs, or streaming media players. They may also be referred to by the manufacturer, a particular brand, or an app that they commonly run.

In Europe, many people refer to them as Kodi boxes. This is because they install an app called Kodi that allows them to watch live television. They are also commonly referred to as IPTV boxes in Europe because Internet Protocol TV is far more common over there. Finally, in Asia, they are often referred to simply as TV boxes. No matter what they are called, as long as it runs the Android operating system, then it is essentially the same thing.

What Is An Android Box’s Most Important Qualities?

The basics of any Android box are the same. They tend to run slightly older versions of the Android operating system and have several streaming apps installed. But that’s not to say all Android boxes are created equal. Some come with many more apps than others. Some allow you to make changes and install new apps on the fly. You can even connect a keyboard and mouse and use them to surf the internet. Others are very basic and limited only to major streaming services.

Other factors that influence the quality of an Android box include the quality of customer service from the manufacturer, accessibility options like voice control, the variety of input and output options available, and the price of the box. The average consumer will be perfectly happy with whatever the latest and most popular Android box on the market is. More tech-savvy investors will need to find a box that has all of the features and functions that they need.

You’ve probably already encountered one of these devices in y our day-to-day life. You may even already have one of your own plugged into your TV without even knowing that it was an Android box. But what if you want a new one and you want the best one available? We’ve compiled a list with three of the leading Android boxes on the market today. 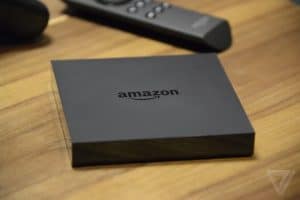 The Amazon Fire TV is about as mainstream as Android boxes come. That might not be appealing to those of you who want to run their own programs and make changes to the firmware. But if you’re looking for a versatile box that’s easy to set-up and start streaming immediately, then this is perfect. It’s the Android box you would purchase if you were buying it as a gift for your parents.

The Amazon Fire TV does have one unique advantage that no other Android box has. It’s the only box that is capable of streaming Amazon Prime Videos at 4K and HD. You can use other boxes to stream Amazon Prime Video, but they use Digital Rights Management(DRM) software to restrict high-quality access to their hardware alone. It’s a shrewd marketing tactic that has proven to be very effective.

Aside from the 4K Amazon Prime Videos, the major advantage of this Android box is how easy it is to set-up and use. It’s ready to go straight out of the package. You plug it into the USB port on the television, connect to your Wi-Fi, and let it handle the rest.

It also has a few nice features that you would expect from a high-end Android box. There is voice search functionality with the Alexa app. It has 5.1 audio passthrough, H.265 hardware decoding, and work with Wi-Fi or Ethernet.

One major setback for this box is that it doesn’t have access to the Google Play store. Instead, you are limited to the Amazon App Store. There are certainly some excellent apps available in their store, but all of the best Android apps are available in Google Play. It’s possible to side-load apps, but if you’re going through that much trouble you might as well buy a box that supports Google Play. 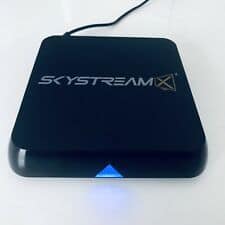 The Skystream line of Android boxes has been leading the market for several years now. They are known for taking advantage of the best hardware, having plenty of internal storage, and making it easy for tech-savvy users to do what they want. It’s not as easy to set-up and run as the Amazon Fire TV, but it doesn’t take a tech guru to set it up.

The Skystream Three comes out of the box with an Amlogic S912 CPU with eight cores. That’s more than most people have on their computers. Their original model features a quad-core CPU. Eight cores don’t exactly mean twice as much power, but it does make it easier to have multiple apps running without slowing the system down or interfering with video quality.

The Skystream Three also has impressive memory specs. There is 3GB of DDR4 memory. This is in a market where most other Android boxes are still running older DDR3 memory. It also has an internal storage capacity of 32GB, which makes it easier to install your favorite apps or save your favorite songs.

It’s clear that Skystream is designed for people who know what they want. This is even apparent in their slick and sophisticated menu. And if you take the time to navigate through the various menus you’ll find plenty of advanced features to tinker with. Similar to the Amazon Fire TV, it has voice search but is powered by Google Voice instead of Alexa.

Overall, if you’re a person who cares about style and specs, then the Skystream is a great choice. It has one of the best processors on the market as well as the latest DDR4 memory. You can use the Google Play store to download your favorite apps and it runs the latest Android operating system.

These are two great Android boxes, but they certainly aren’t your only options. They represent two ends of the spectrum. Take a moment to consider what features would be important to you and then shop around for a box that fits your personal preferences. There are dozens of options to choose from and each of them brings something different to the table. 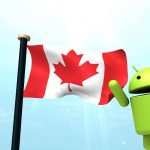 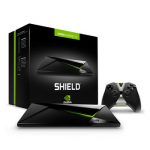 What IPTV Set Top Box should you choose? 2021